Mononucleosis symptoms may be more than a few, but one of the very first you’ll notice is fatigue or general lack of energy.

After a few days of getting mononucleosis or glandular fever, the more acute symptoms begin to manifest such as a fever and intense sore throat.

Below are the most common symptoms of mononucleosis:

Mononucleosis (Mono) is also called the “kissing disease” because both the viruses that cause it are transmitted through saliva. Epstein Barr Virus (EBV) and Cytomegalovirus (CMV) are most commonly communicated through kissing, including sneezing, coughing, sexual intercourse, etc.

EBV generates most of the illness, accounting for 85 percent of all cases. 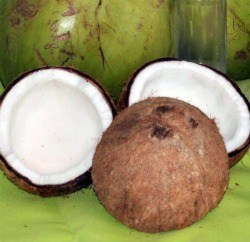 Regardless of which virus is to blame though, there is one dietary fat capable of inactivating them both. That fat is coconut oil!

You might hear someone claim that there is no specific treatment for mononucleosis. I beg to disagree.

Published medical studies identify EBV and CMV as two of the many viruses destroyed by “super-antiviral” MCFAs. Last time I checked, targeting the root cause of an illness or disease is considered specific treatment. Don’t you agree?

No drug can kill EBV and CMV. But MCFAs can! By killing the viruses that bring about kissing disease, coconut oil affords you to continue sharing the love.