Lost EIGHT Pounds in ONE Week and Cleared Up My Skin!! 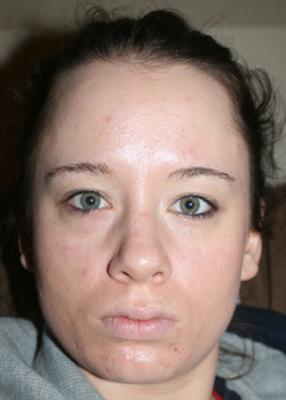 Well, I live with my bf and his roommate who are both health enthusiasts and C.M.T… I started reading up on coconut oil about four months ago and discovered its overwhelming health and beauty benefits and decided to try it out! After all, if it’s been used without fail for so long there’s obviously some truth to it!

My other roommate decided to take it upon himself to try and convince me how bad coconut oil was for you and your body, stating all of these “drug company sponsored” articles he had read up on proving how “bad” coconut oil is for your body… Anyways, there ensued a two and a half month long debate over coconut oil… (lol)

About a month ago I decided to go ahead and start taking coconut oil (despite my roommate’s dirty looks) at least one tablespoon daily. Let me give you an idea of my current health.

I am a 23 year old, 5’2″ college student and weigh 130 lbs. From appearance you’d probably guess I was about 120 but I carry my weight really well. My skin still breaks out every now and again moderately, nothing too bad… I have a slight smile line on the left side of my face and a frown line between my eyes.

After one week of using coconut oil, I lost eight pounds and my skin texture, color and pore size improved drastically! My uneven skin was more balanced and the fine lines on my face had all but disappeared! Not to mention my face overall looked much more plump and hydrated and at least a year or two younger than it did the week before!

Besides that, my energy levels went through the roof. My libido shot up and my overall mood was significantly improved.

If you really want to see even better results (everyone wants to look their best!), make sure to take omega 3, 6, 9 gels everyday and increase your water intake!

These photos were taken with no editing whatsoever. The only makeup worn in the second photo is a translucent finishing powder and eye makeup! (I’m a bit red due to the fact I’d just done a home microdermabrasion session on my face earlier that day.)