By hydrogenating coconut oil or any other vegetable oil, many of the fatty acids turn into trans fatty acids or trans fats.

Trans fats are artificial fat molecules alien to your body and create all kinds of health problems.

But why hydrogenate or saturate an already highly saturated fat? At already 92 percent saturated, coconut oil is the most saturated dietary fat known to man. So why saturate further?

But that still doesn’t explain why hydrogenized coconut oil is extensively used in the food industry. Well, the simple answer to that is hydrogenated coconut oil is much cheaper than natural or Virgin Coconut Oil (VCO).

Below are some of the processed foods that usually contain man-made hydrogenated fats, and consequently, harmful trans fats: 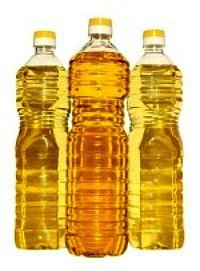 Please do your best to stay away from hydrogenated oils of all types. Your body was not designed to handle toxic trans fats in a constructive fashion at all.