Health Benefits of Coconut Oil: Your Drugstore in a Bottle

The health benefits of coconut oil are, quite frankly, supreme! Pound for pound, no other dietary oil or fat can equal, let alone exceed, the overall health-boost coconut oil is capable of giving.

Thanks to Medium Chain Fatty Acids (MCFA) or Medium Chain Triglycerides (MCT), there are plenty of reasons why coconut oil is called The Healthiest Oil on Earth, The Drugstore in a Bottle, The Oil of Life, The Miracle Oil, and so on…

If someone tells you that some other fat/oil is healthier in general, ask them if it can do just some of the following:

This list is only a small sample of what coconut oil can do for you. Just the tip of the coconut oil benefit iceberg.

The beating that coconut oil took from the diabolical disinformation campaigns of the 1980s and 90s should have obliterated it from the face of the earth. While the trickery may have succeeded for a period of time, not even huge sums of money and corrupt politics can keep The Greatest Oil on the Planet down for long.

Thanks to continuing research, courageous experts, best-seller books, and of course, the internet, coconut oil has regained its undisputed and rightful place as “The King of Oils.” 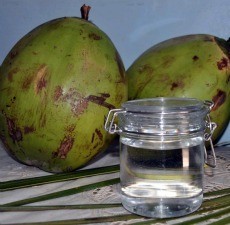